President Jimmy Carter gained national attention when he announced that his doctors could no longer find any proof of melanoma in his body. That exciting news was due in large part to a ground-breaking type of treatment for cancer called immunotherapy. Although it’s just now in the spotlight, immunotherapy has actually been around for about a century. The rapid advances within the past few years have allowed researchers and oncologists, or cancer treatment specialists, to, in some instances, dramatically change our approach to cancer treatment. In President Carter’s case, he received combination therapy of radiation treatment along with immunotherapy and the result was positive: after treatment, there was no evidence of the metastasized melanoma in his liver or brain.

Immunotherapy, also called biological therapy, is a form of treatment that uses a person’s immune system to identify and destroy cancerous cells. This type of therapy has been used successfully to treat many forms of cancer.  Other treatments like chemotherapy, radiotherapy, and surgery remove tumors by physically attacking them with drugs, radiation, or use the scalpel. However, these approaches could also cause significant damage to otherwise healthy cells with serious long-term health consequences.

There are currently two types of immunotherapy making exciting progress in the treatment of cancer,  checkpoint inhibitors and CAR T-cells therapy.

Checkpoints are certain proteins that prevent the immune system from recognizing cancerous cells and thus hinder the effective removal of such cells by the immune system. The Food and Drug Administration has recently approved four checkpoint inhibitors for use in treating adult cancers: Keytruda (pembrolizumab); Yervoy (ipilimumab); Opdivo (nivolumab); and Tecentriq (atezolizumab). These drugs have been used with great success for malignancies like melanoma and Hodgkin lymphoma and are also effective for kidney, lung, and bladder cancer and other forms of cancers. Keytruda, for example, has made great strides in the fight against non-small cell lung cancer. This cancer kills over 160,000 people each year in the US.  Keytruda outperformed chemotherapy for some patients with high levels of PD-L1 protein on their cancer cells. Additionally, Keytruda was shown to extend the life of people suffering from this disease– 70% versus 54% of the chemotherapy group.

CAR T-cell therapy modifies a person’s own T cells, known to play an essential role in the immune system, to target and fight specific cancer. Medical specialists modify a person’s T-Cells These modified T-Cells are then infused back into the person to fight the cancer. In 2017, this therapy was FDA approved for treatment in certain lymphoma and leukemia. While still early, this therapy is showing great promise in the fight against cancer, particulary for people who have stopped responding to other treatments.

One of the major challenges with immunotherapy treatment is the cost which can cost hundreds of thousands of dollars a year.

As Dr. David Chan, program director for oncology at Torrance Memorial Medical Center in California writes, “Immunotherapy is the current big thing in cancer research. However, with the combination of drugs, this treatment could be over $200,000 per year.”

Immunotherapy is often covered by health insurance, but patients still have to deal with rising out-of-pocket costs. Surgery and other cancer treatments can add still more to the financial burden. If you are insured and need help covering out-of-pocket expenses, please take a look at these free resources to help to offset the costs of insurance, copays and deductibles. Also, our free grants area may offer help, too.

Where to go for More Information

Immunotherapy offers exciting promise in the treatment of cancer so it’s not surprising that it’s getting a lot of attention from public- and private-sector research firms. The U.S Food and Drug Administration has recently approved several immunotherapy drugs and many more are in development.

Your doctor is a great source for more information on immunotherapy treatments and its effectiveness in treating specific types of cancer. Your doctor should be able to help you find appropriate medication for you as well as find clinical trials for as-yet approved treatment. Also, trials sponsored by the National Cancer Institute can be found at trials.cancer.gov. Additional sources of trials can be found at the Cancer Research Institute’s Clinical Trial Finder. 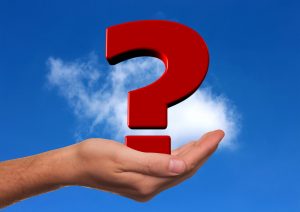